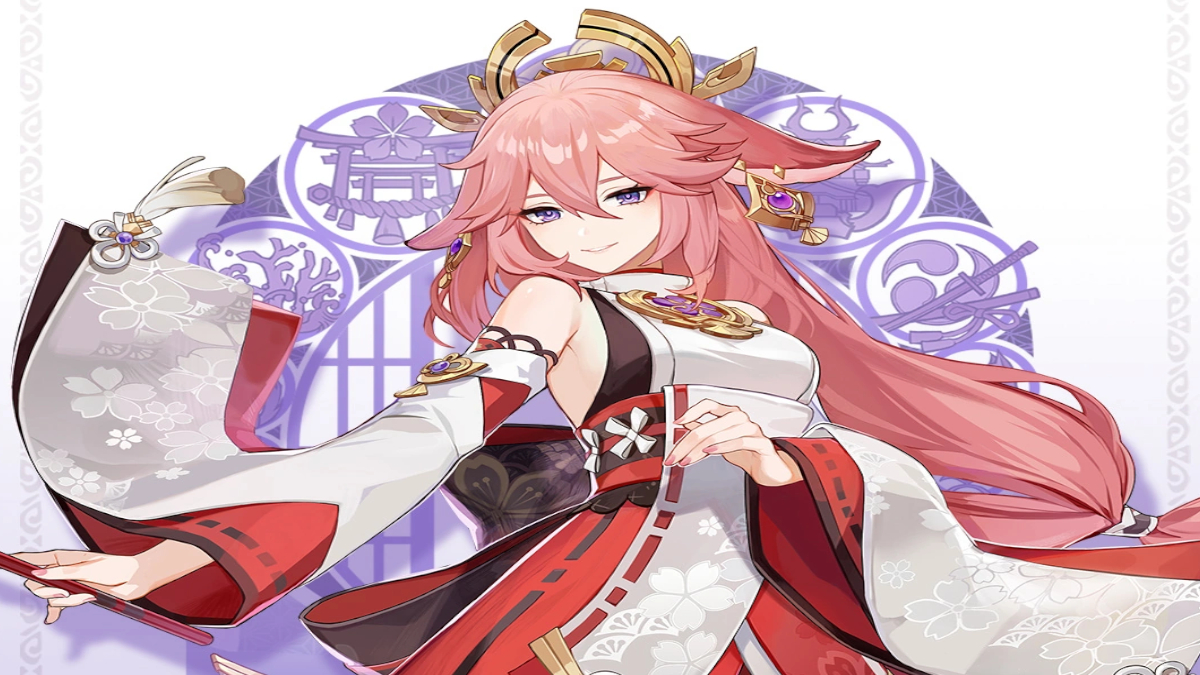 The Guuji of the Grand Narukami Shrine, Yae Miko, will release in Version 2.5 titled “When the Sakura Bloom” on February 16th, 2022. If you intend to wish for her. Or you are lucky enough to already have Yae Miko. You probably are wondering about her ascension materials, build, and possible team compositions. Fret not! For I have compiled all information about the best Yae Miko build in this useful guide. You will also find recommendations for Yae Miko team building, and the best artifacts for Yae Miko down below.

Yae Miko is said to enter the Genshin Impact roster with quite a bang! She is already considered for the highest tier of damage dealer alongside Ayaka, Ganyu, Hu Tao, and the Raiden Shogun. And that is just going off of her stats! But she cannot do it alone. Other Electro characters, especially the Raiden Shogun, are key to unlocking her true power. And bringing about the end of your enemies in a flash.

But, without further ado. Here’s everything you need to know about how to create the best Genshin Impact Yae Miko build!

Yae Miko hops swiftly in the direction you are moving, leaving Sesshou Sakuras behind her.

The legend of “kitsunetsuki,” or the manifestation of a kitsune’s might, is one of Inazuma’s folktales. Among them, that of the Sky Kitsune is considered special, falling upon the foes of the Grand Narukami Shrine in the form of lightning that plummets down, dealing AoE Electro DMG.

When she uses this skill, Yae Miko will unseal nearby Sesshou Sakura nearby, destroying their outer forms and transforming them into Sky Kitsune Thunderbolts that descend from the skies, dealing AoE Electro DMG. Each Sesshou Sakura destroyed this way will create one descending thunderbolt.

Yae Miko by herself has a respectable damage output thanks to her Sesshou Sakura ability. She can be easily used as an off-hand sub DPS. Simply switch to her, set down the Sakuras, and bring in the Main DPS of your choice. But at the same time, Yae Miko is a great Main DPS. Elevated to the status of “excellent” Main DPS when paired with her bestie the Raiden Shogun and Kujou Sara.

Source: Kagura’s Verity is a premium weapon that comes from Epitome Invocation 2022-02-16

Well. Nothing can really match Kagura as it was clearly developed specifically for Yae Miko. The base stats are amazing, the increased Elemental Skill DMG at 3 stacks grants a huge boost in damage to Sesshou Sakura. Turning Yae Miko into a killing machine.

A very solid “free” option for Yae Miko. “Free”, as in, “you caught the event when it was live free”.

After the character equipped with this weapon triggers an Electro elemental reaction, nearby party members of an Elemental Type involved in the elemental reaction receive a 10%/12.5%/15%/17.5%/20% Elemental DMG Bonus for their element, lasting 6s. Elemental Bonuses gained in this way cannot be stacked.

The best F2P weapon for Yae Miko, that is also not time-gated in any way shape, or form. You will be losing some damage over Oathsworn Eye. Not to mention huge damage loss compared to Kagura’s Verity. But hey! It’s free.

This is without a doubt the best artifact set for Yae Miko all around. So unless you are going for a very specific team or build, this is what she should be wearing at all times.

This is the best artifact set for Yae Miko in comps where the majority of characters ale Electro. And as it happens, the nuke comp that I will be presenting in the next section is exactly that. A team with 3 Electro characters. So definitely pick Thundersoother set over Thundering Fury/Gladiator’s Finale, unless you want a little less Electro in your team.

Yae Miko has two prominent team compositions that fit great around her. One of them is a Yae Miko Taser Comp, and the other is a Yae Miko Nuke Comp. I think overall the Nuke composition is just so much more beneficial, that it is a waste of time to even evaluate the Taser Comp when looking at Yae Miko team comps. But I will do so anyway, to give you more build options and chances to swap out characters you might lack.

This team comp is pretty straightforward. You want to debuff enemies first with Sucrose, then apply hydro with either Xingqiu, or Kokomi, and switch to Yae Miko to capitalize on the electro-charged elemental reaction. Just remember to switch from Kokomi to Yae! Otherwise, someone else will get the amazing buff from Thrilling Tales of the Dragonslayers.

Here are some customization options for Yae Miko weapons in this comp:

And here are possible swap-outs for anyone who lacks any of the presented characters/would like to build this team comp a little different:

When you swap out Kokomi for Fishl or Beidou, Xingqiu becomes much more critical to your build. As then only he can apply Hydro. But luckily he is a very capable character, so he can do it no problem. When considering any swap-outs for Xingqiu: you can swap him out for any Hydro character that you like. But this will result in a major loss in damage potential most of the time, he is just too good at what he does.

So yeah. This composition is so much better than the previous option. You can pull upwards of like three times the damage if you opt for this nuke comp. Sara Kujo and Bennett are fairly replaceable, but Raiden Shogun is an absolute must-have. Almost any Yae Miko build benefits so much from fighting along with her bestie, it is truly a match made in heaven.

When it comes to Bennett I even encourage to replace him. His buff is amazing, but the fairly dumb effect of overloaded will knock your enemies away from where you want them to be. And Yae Miko is all about positioning. If you have Jean to switch her in for him? Perfect. You will lose some of that sweet DMG. But Jean will group enemies nicely for you, while Bennett always threatens to shuffle them around.

Yes. The Weapons stay exactly the game. No surprises here.

As I said, based on your preference you might actually swap out Bennett for Jean. Swapping out Kazuha for Sara twists this Yae Miko build in a little bit of a different direction. But these characters will still get along in a comp quite nicely.

And that is all there is to say about Yae Miko. Time will tell if any buffs, nerfs, or adjustments are deemed necessary by MiHoYo. But until then I have no more useful information regarding Yae to pass on to you.

If any new tech or better weapons and artifact sets ever enter Genshin Impact I will be sure to update this guide to be even more up-to-date and helpful. Remember to always have fun on your journey travelers!

Blizzard Acquires Studio Proletariat of Spellbreak Fame To Work on WoW Dragonflight; Spellbreak Servers Are To Shut Down By 2023

Sonic Frontiers Cyberspace Levels Were Revealed During The Latest Nintendo Direct, And They Look Awesome!

Jun 26, 2022 Filip Krawański
We use cookies on our website to give you the most relevant experience by remembering your preferences and repeat visits. By clicking “Accept”, you consent to the use of ALL the cookies.
Do not sell my personal information.
Cookie SettingsAccept
Manage consent

This website uses cookies to improve your experience while you navigate through the website. Out of these, the cookies that are categorized as necessary are stored on your browser as they are essential for the working of basic functionalities of the website. We also use third-party cookies that help us analyze and understand how you use this website. These cookies will be stored in your browser only with your consent. You also have the option to opt-out of these cookies. But opting out of some of these cookies may affect your browsing experience.
Necessary Always Enabled
Necessary cookies are absolutely essential for the website to function properly. These cookies ensure basic functionalities and security features of the website, anonymously.
Functional
Functional cookies help to perform certain functionalities like sharing the content of the website on social media platforms, collect feedbacks, and other third-party features.
Performance
Performance cookies are used to understand and analyze the key performance indexes of the website which helps in delivering a better user experience for the visitors.
Analytics
Analytical cookies are used to understand how visitors interact with the website. These cookies help provide information on metrics the number of visitors, bounce rate, traffic source, etc.
Advertisement
Advertisement cookies are used to provide visitors with relevant ads and marketing campaigns. These cookies track visitors across websites and collect information to provide customized ads.
Others
Other uncategorized cookies are those that are being analyzed and have not been classified into a category as yet.
SAVE & ACCEPT